Good Boxing Day morning ... the sun is peaking through the fog and I've come in for a coffee and a warm up before taking the dogs for a walk through the valley. We have our walk challenge over the Xmas holidays - a different walk every day -  but we can't go anywhere in the car at the moment as it's got a flat tyre.  Peter is outside changing the wheel for me, or was but actually he just asked me to raise it to the off-road height to get the wheel out from underneath, which means starting the engine, it seems it has a flat battery as well!

It's been an eventful few days, thanks to the forces of nature. We were hit extremely hard by the storm on Monday night. It was pretty ferocious by the middle of the afternoon and half of our field shelter roof was blown clean off and dropped onto the other side of the remaining roof.  The mums and crias were still occupying the space that had been under it - seemingly oblivious!  We rushed out to make sure that no-one was injured, all were safe, thank heavens.

Struggling to walk against the wind and blasted with spiky torrential rain, we tried to tow the displaced roof off the corner of the remaining one with the tractor, but to no avail, it was just too heavy and dangerous to continue. We hoped that the building wouldn't collapse onto my little Boris the Morris who is also housed in one end and directly under the wreck. I decided to move the mums and crias into the next field where they would have the shelter from our neighbours large house and huge conifer trees and so I wouldn't have to worry about them getting trapped if the building fell down.

We were expecting our friends Ken and Liz from Artwork Alpacas to come over for dinner, but I put them off til the next day, not wanting them out and about in the storm. The winds and rain continued to worsen during the night, there were times in the night I thought we might lose our own roof. The power went off at about 11.30pm and  it was very dark all round - just the odd flash which may have been lighting or power cable clashing.

At first light we looked out fearing what we might see - a very different view - half those huge conifers were down!  A quick head count from the bedroom window and all were accounted for and seemed fine. The shelter roof had moved again, folded onto itself, like a sandwich. After feeding and haying up we walked all the boundaries, lots of debris and another tree down in the woods, I think we were fairly lucky not to have more damage.

Our power stayed off for over 26 hours, apart from our log burner which also gives us hot water, we are all electric. Ken and Liz weren't coming for dinner that night either and offered to have us over for lunch on Christmas day as they had a generator!  We ate fish and chips and played cards by candlelight and listened to the local Radio - apparently there was free food and drink for those with no power - you could find out where to go by going on-line and venues would be listed on their website!!!!!!!!!

Christmas morning,  and we had power again - hurrah! However, Ken and Liz insisted that we still go for lunch and we had a lovely time. 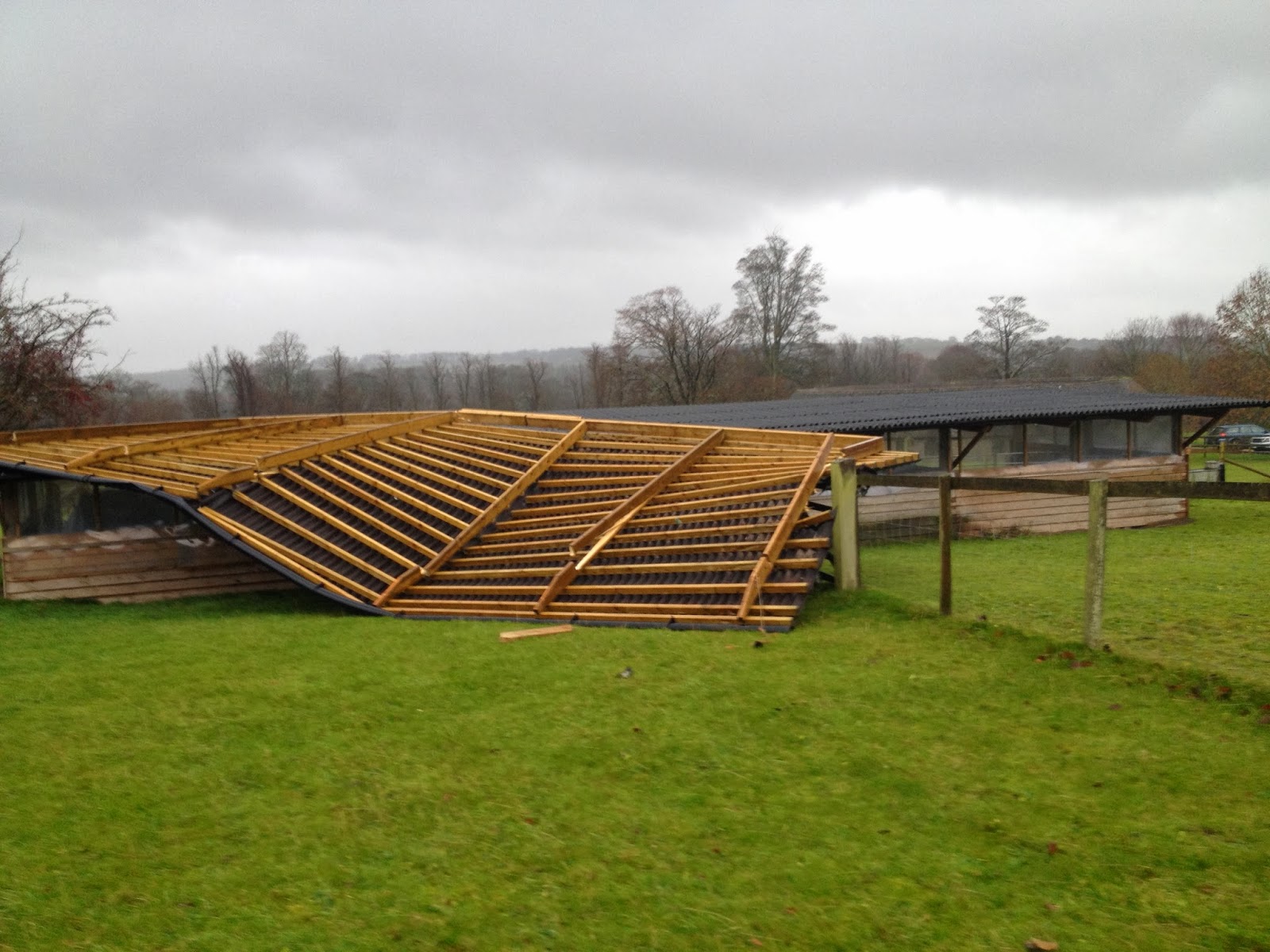 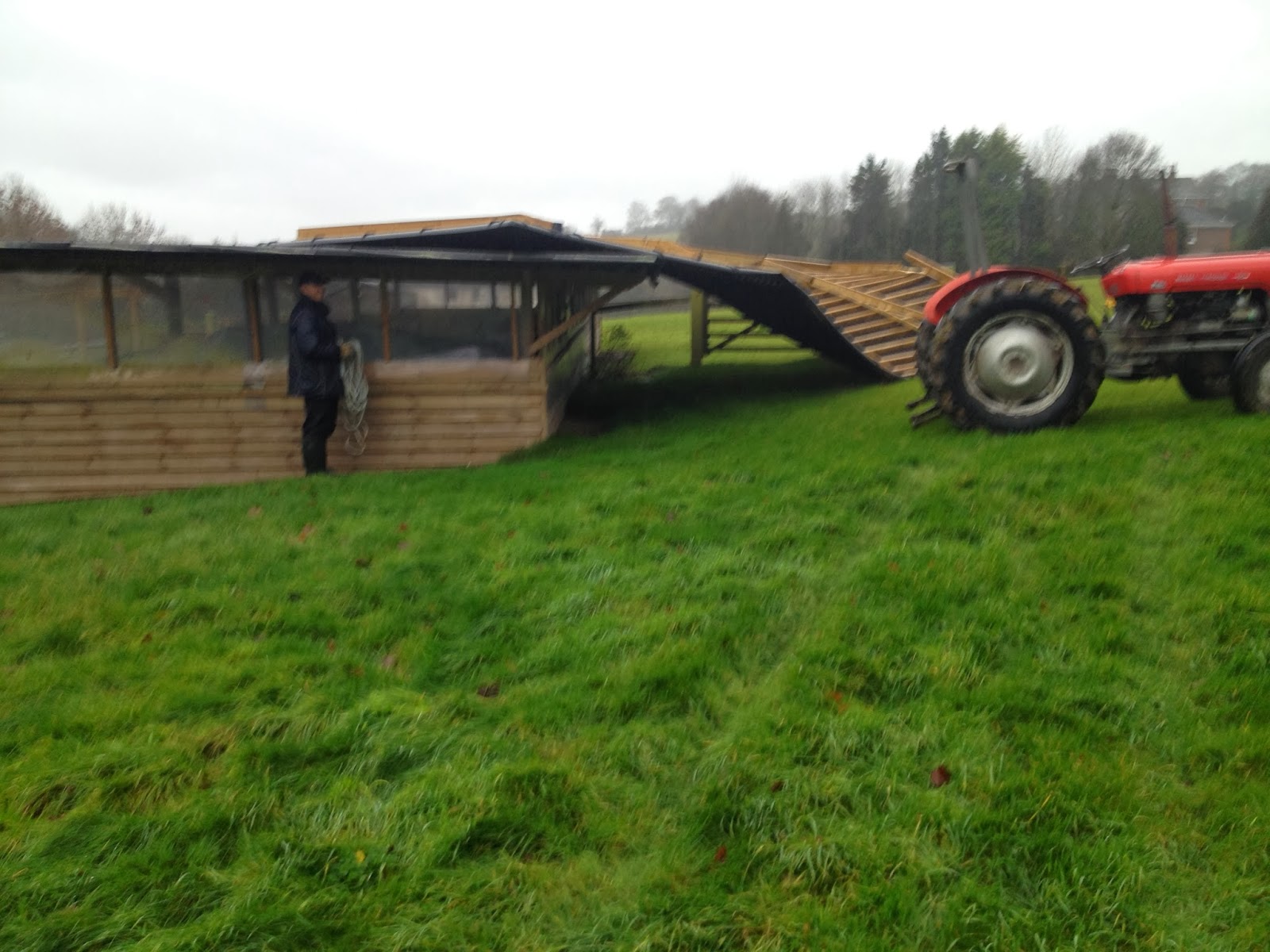 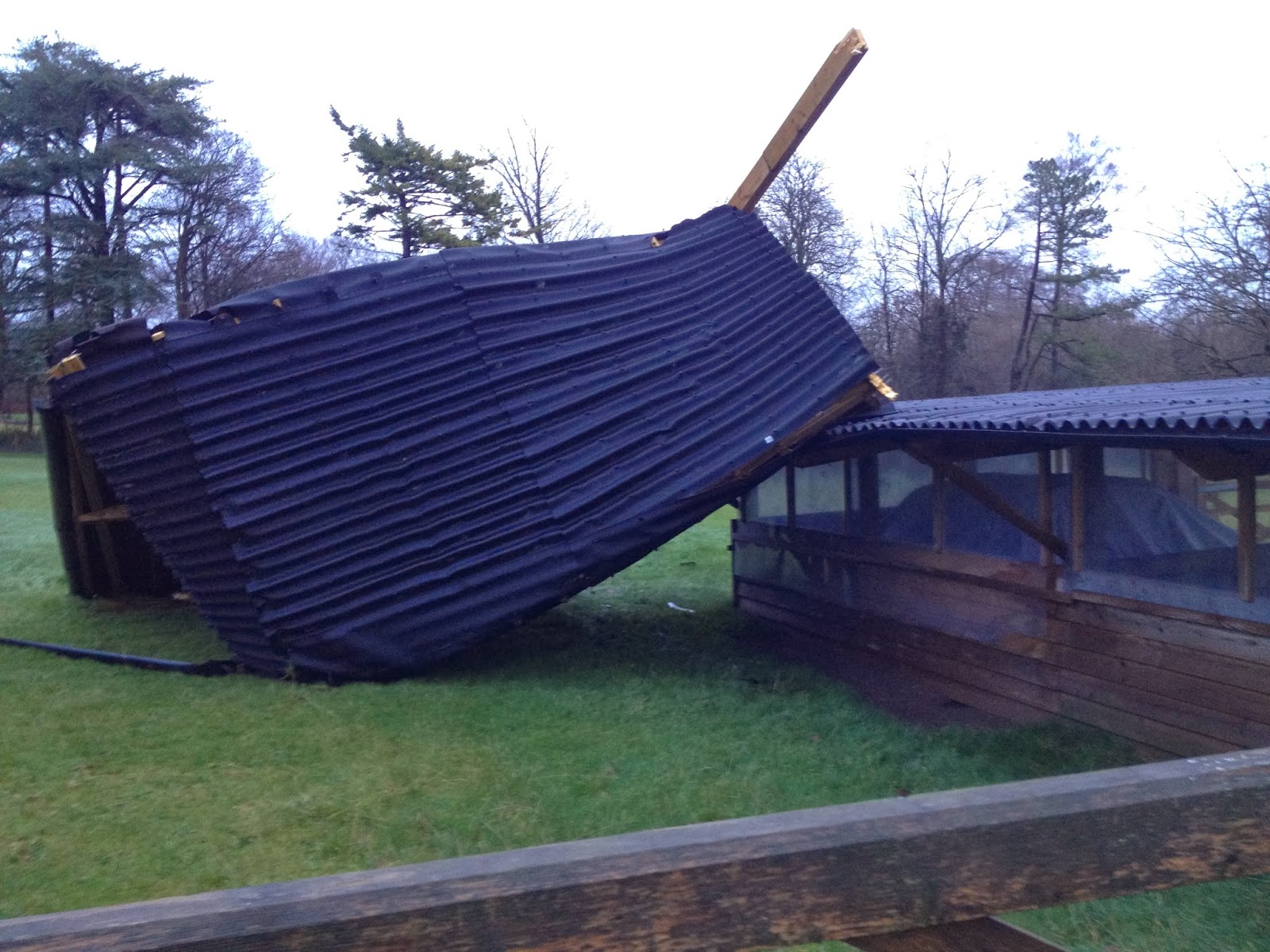 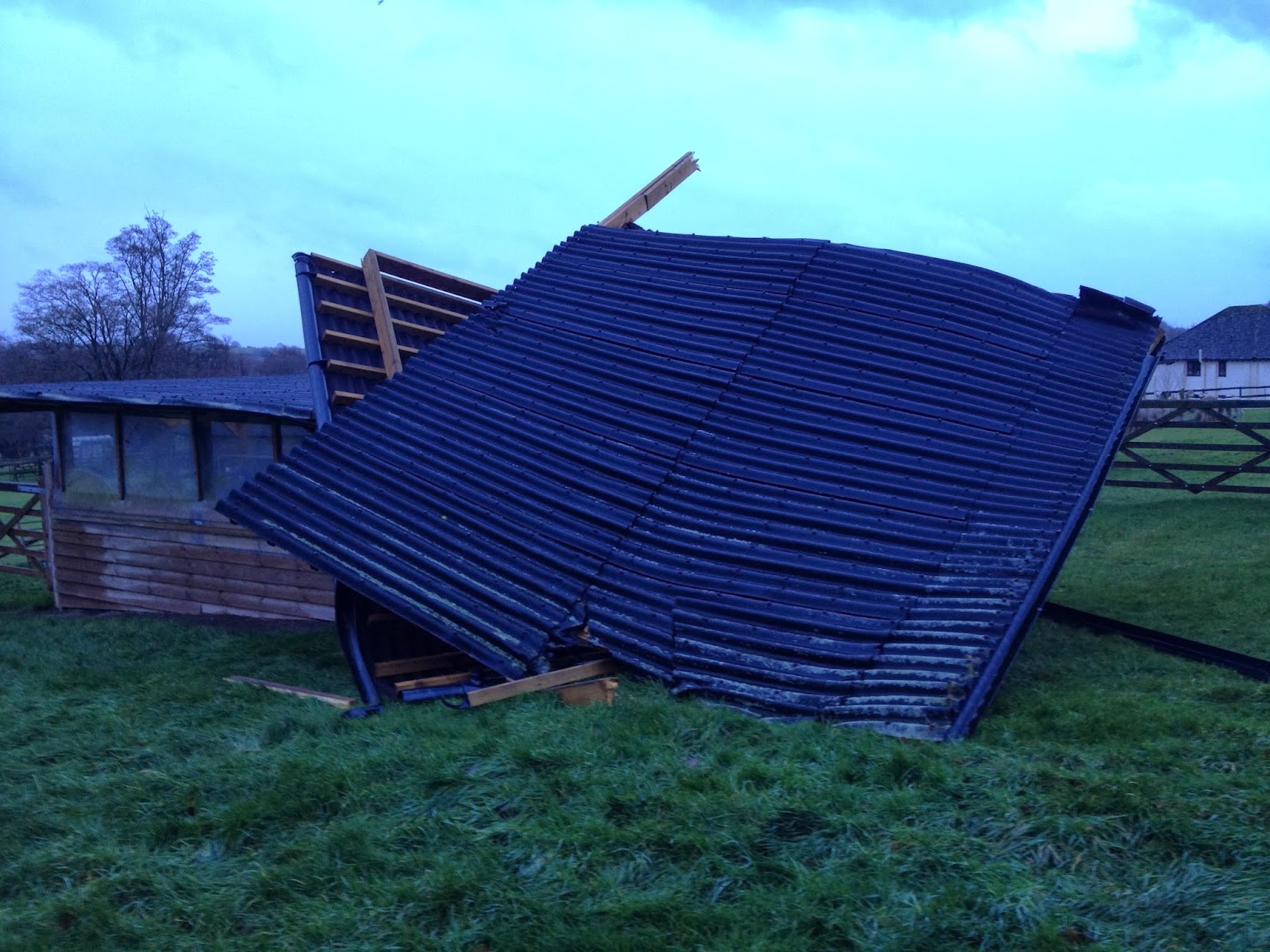